The Arctic stands face to face with great environmental, social and economic changes. The future of increasing economic activity like shipping and oil extraction sets higher requirements for a supportive infrastructure. The Arctic Natural Defence Forces concept entails setting up a new network of monitoring and rescue stations, with nature and human life protection as a high priority. 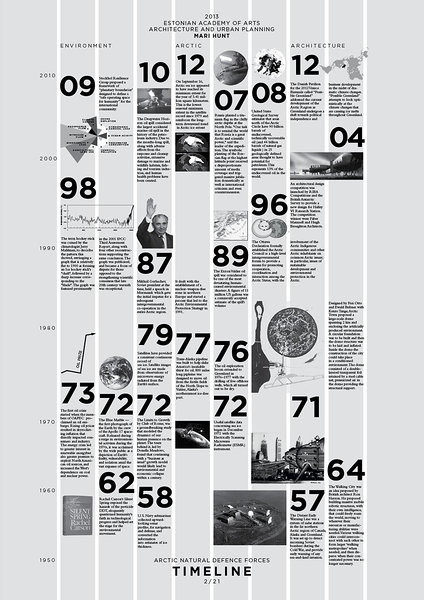 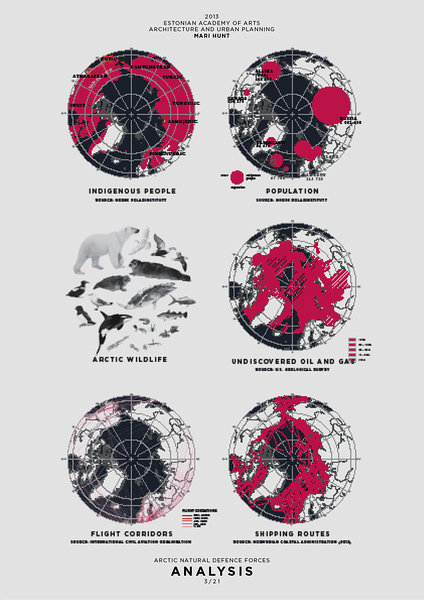 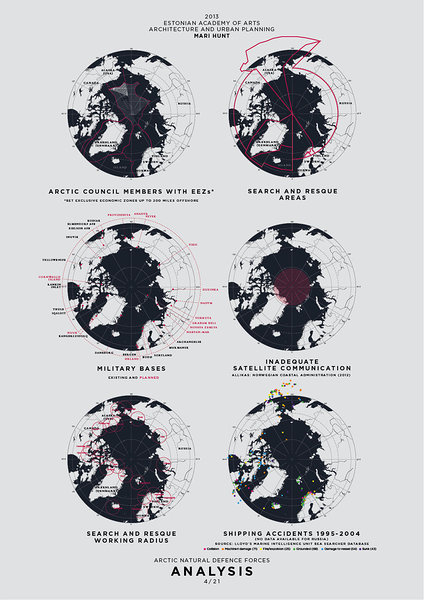 The assumption is that future follows the scenario of Arctic Saga. Arctic Marine Shipping Assessment defines Arctic Saga as: “High demand and stable governance lead to a healthy rate of development that includes concern for the preservation of Arctic ecosystems and cultures. This is a world largely driven by business pragmatism that balances global collaboration and compromise with successful development of the resources of the Arctic.”

The aim of the Natural Defence Forces is to monitor the state of the Arctic Ocean and respond to contingencies, from shipwrecks and plane crashes to oil and other toxic substance spills, as well as to engage in subsequent clean-up operations. The network would comprise bases along the coastline of the Arctic Ocean, and floating stations that drift around the North Pole on sea ice.

The land bases would use the existing infrastructure of North-American and Russian Cold War bases. For example, the currently abandoned Distant Early Warning Line sites could be reused. Their strategically selected locations are characterized by the proximity of shipping lanes, sufficient space for airports, connections to the mainland etc. 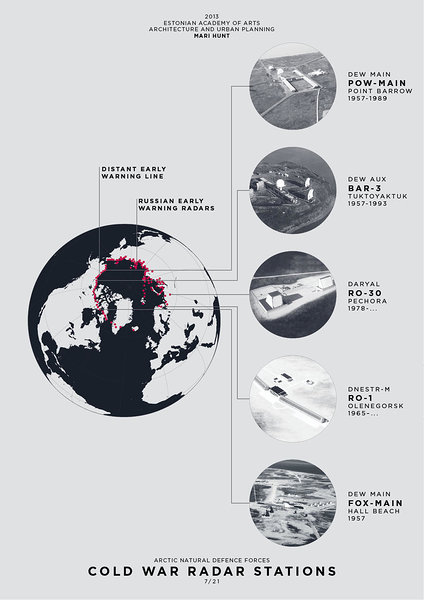 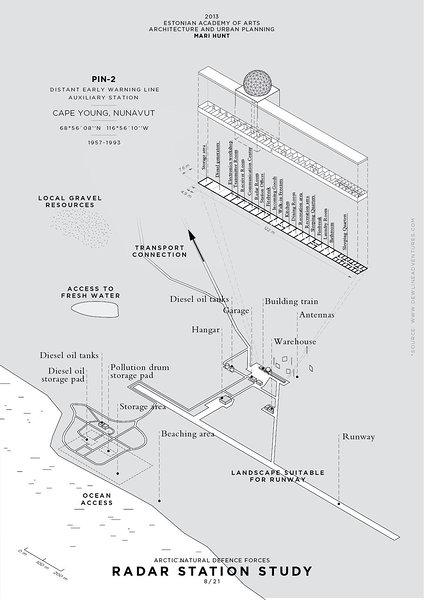 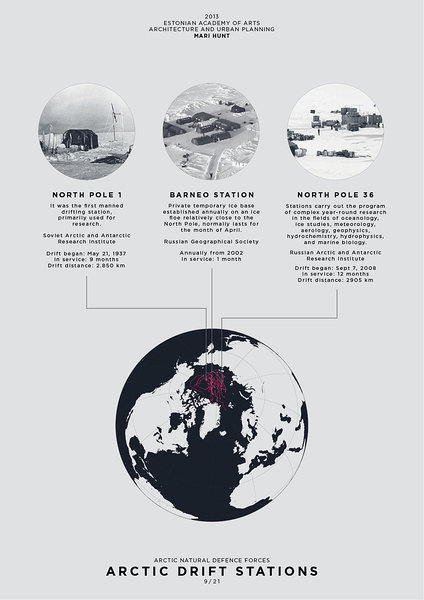 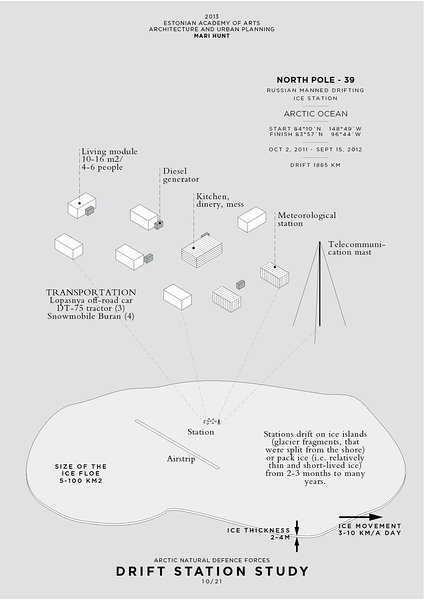 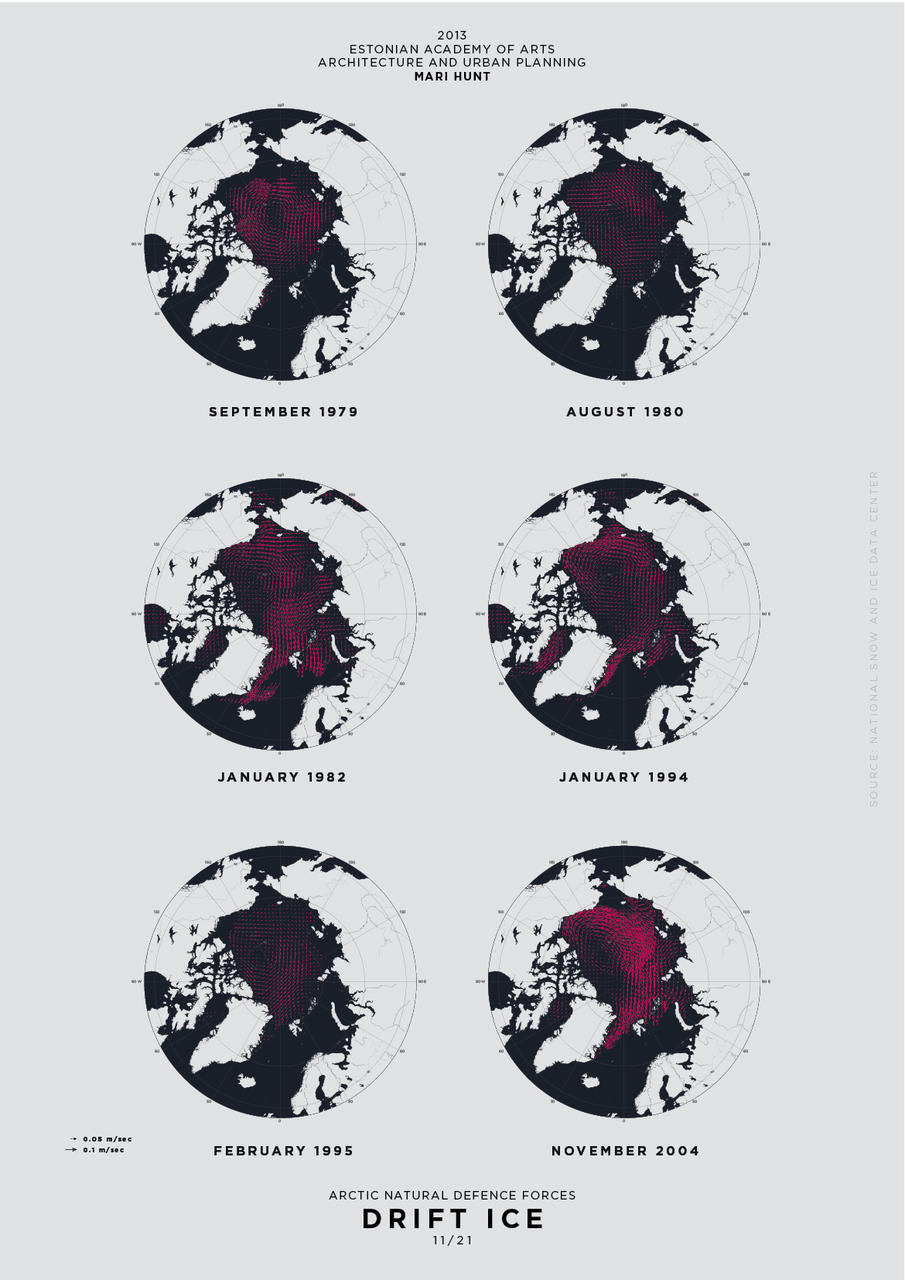 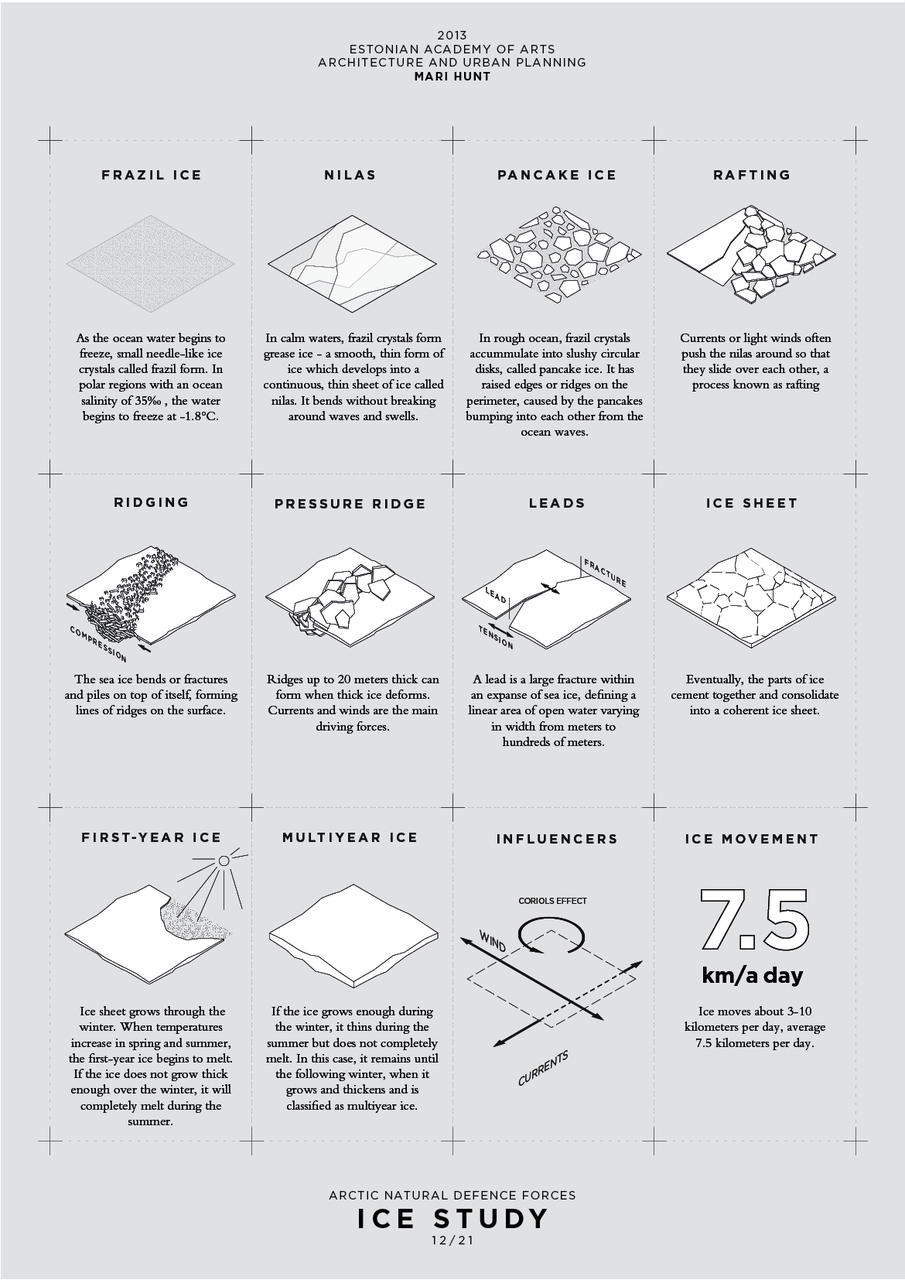 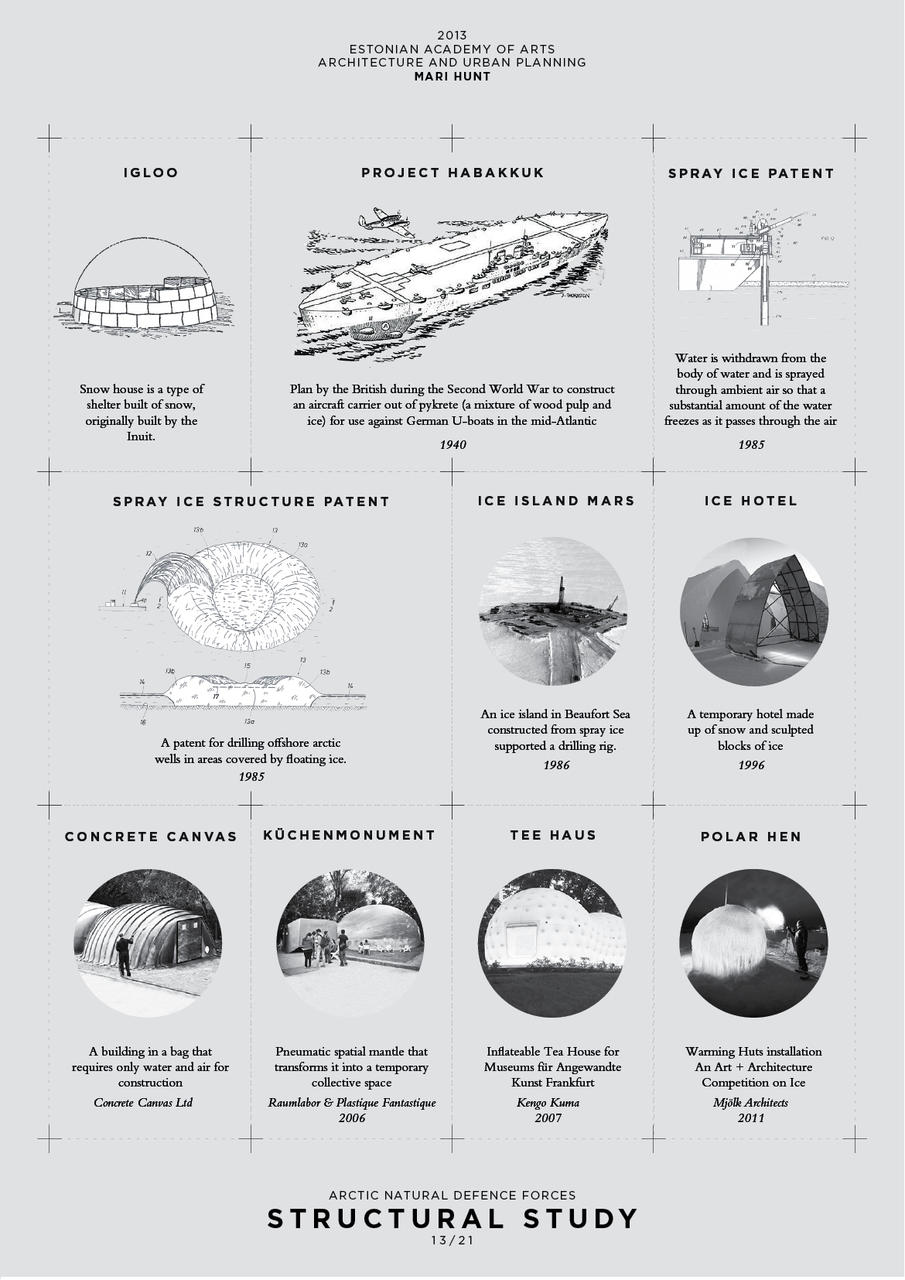 The floating bases of the Arctic Natural Defence network would be established on the sea ice of the Arctic Ocean by setting up drifting research and rescue stations which circle around the North Pole with winds and ocean currents. Their mission would be to monitor the area and share the research and monitoring data concerning the weather, sea traffic and oil spills with the whole network. 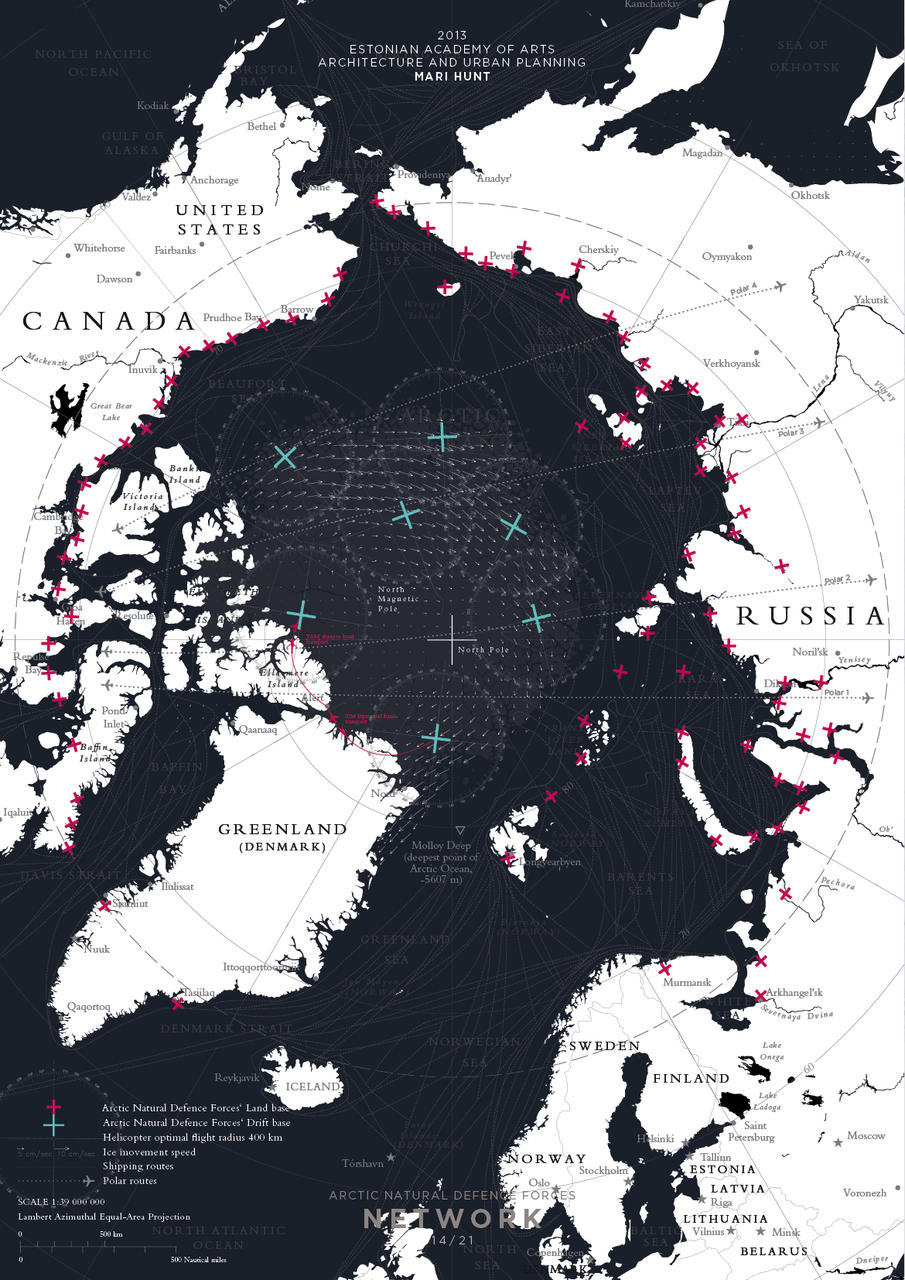 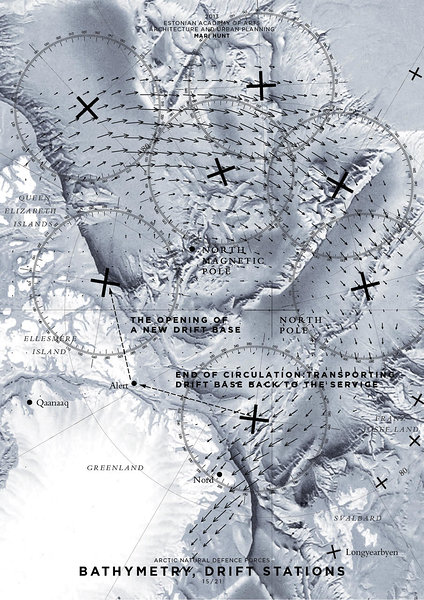 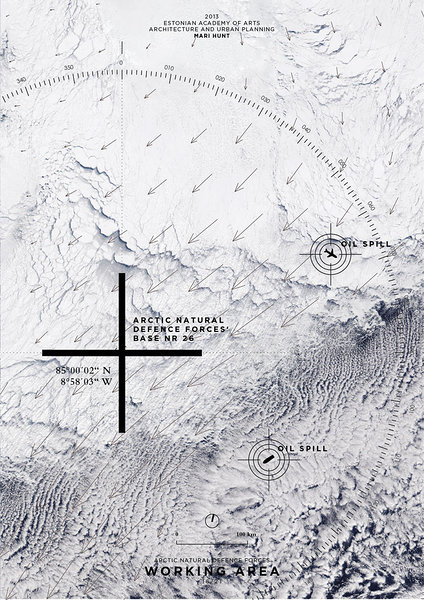 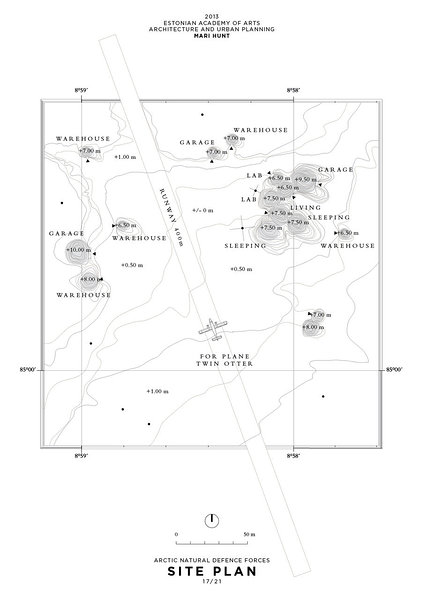 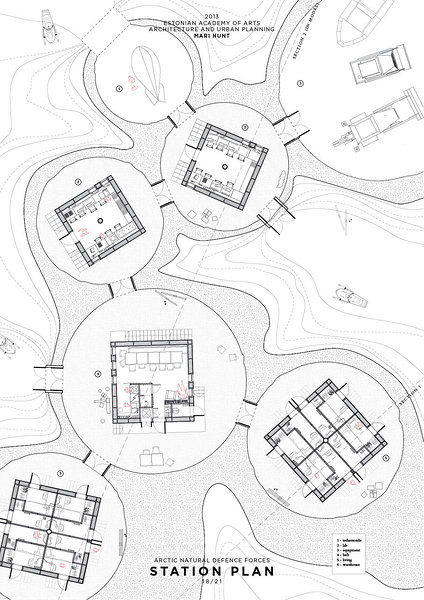 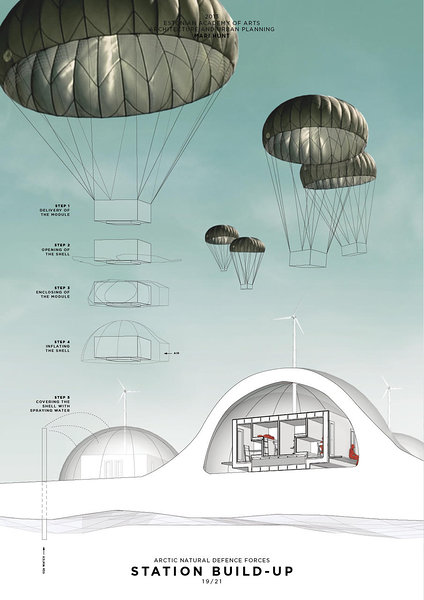 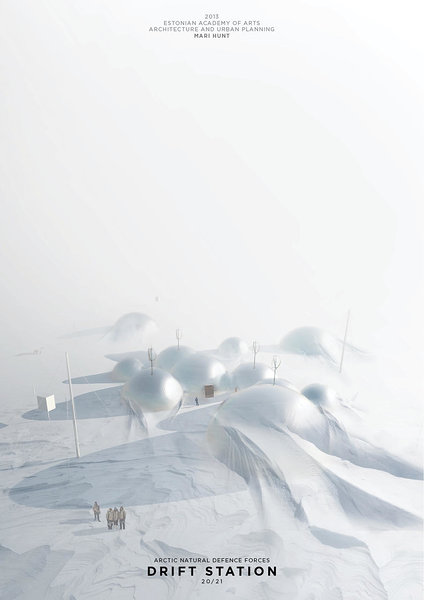 The structure of the network of bases and stations would allow us to design cradle-to-cradle systems by reusing existing materials, components and sites. The accelerating climate change and competition for scarce resources calls for more cooperation to avoid the Tragedy of the Commons scenario. This is vital for the continuation of the ‘human experiment’.

That is also the reason why we have to focus on how to respond to natural disasters and build an infrastructure to be ready for the changing state of the world. The Arctic Natural Defence Forces concept offers us ways to cooperate towards a common mission with visible benefits for the people and the planet. 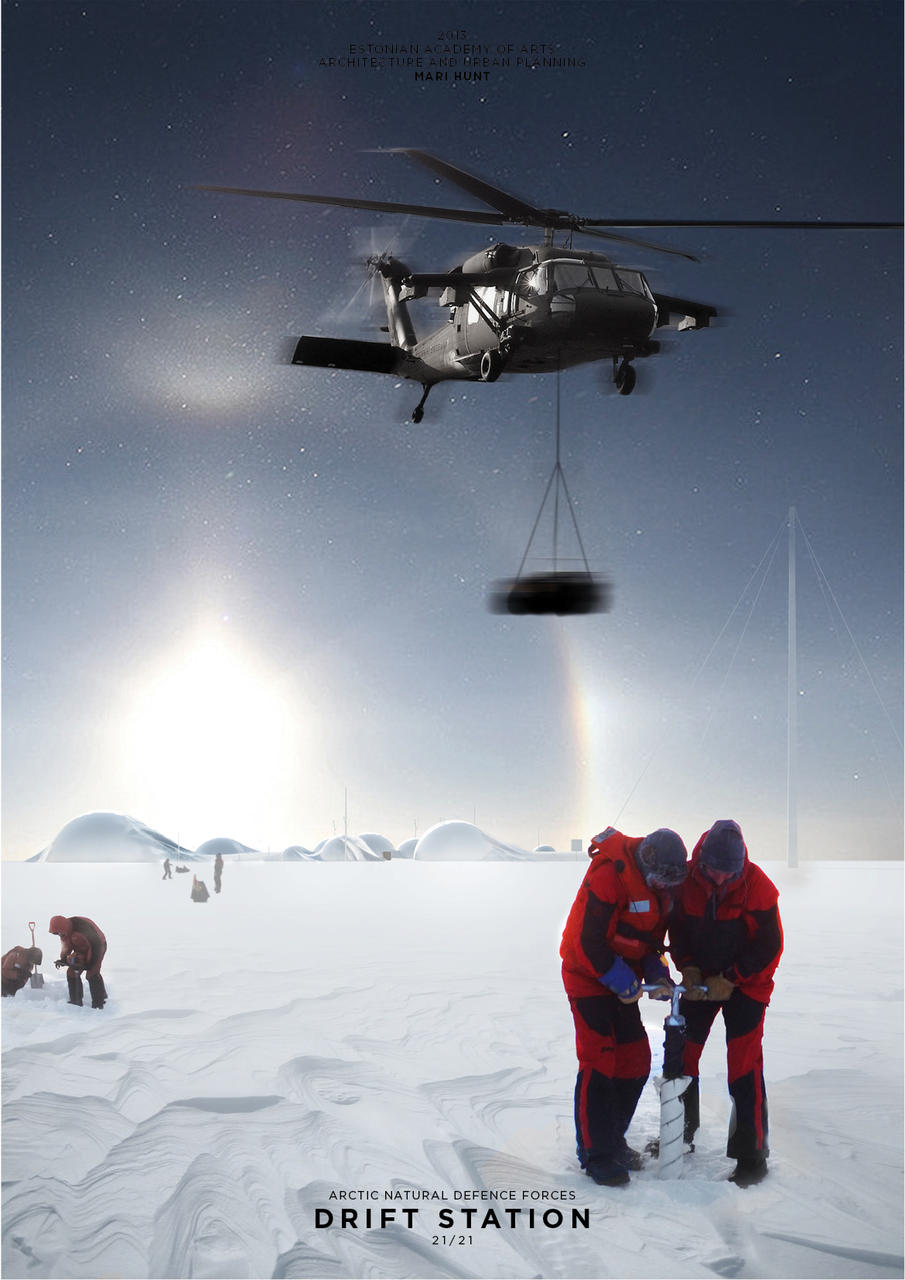 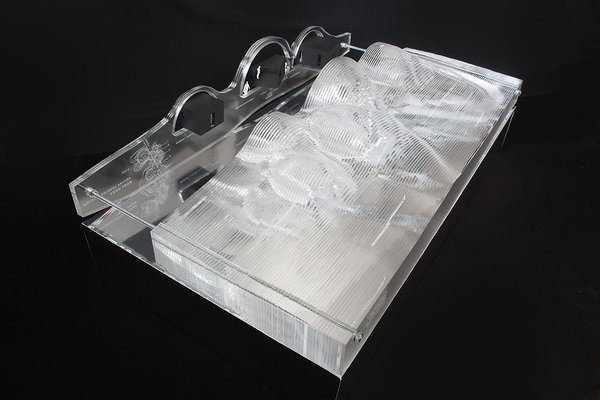 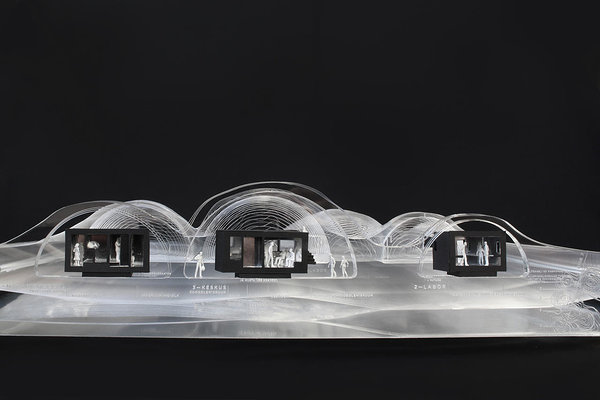 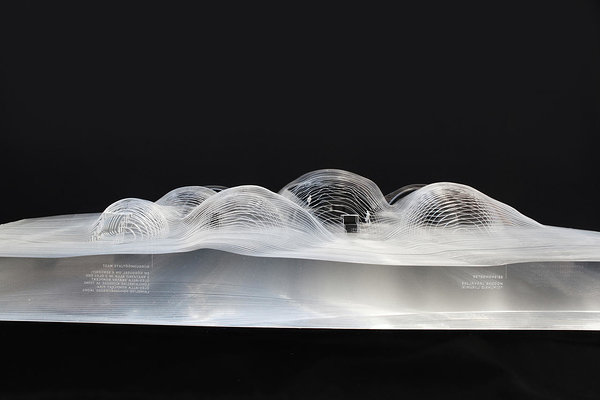 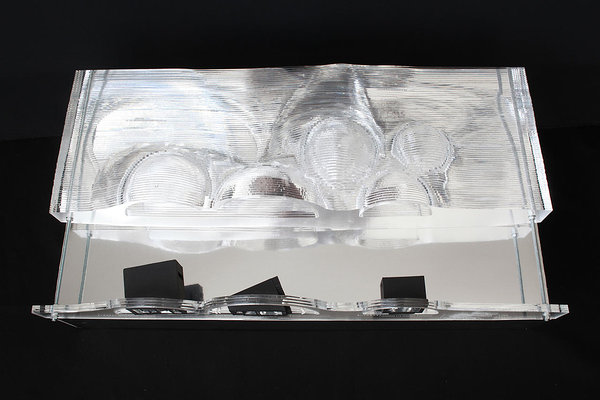